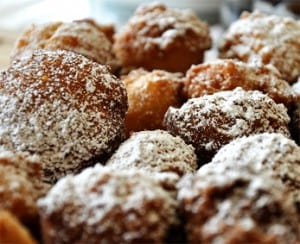 National Doughnut week is back tomorrow (7th – 14th May), now in its 20th year, bakers all over the UK will be helping raise money for the Childrens Trust, a percentage of each doughnut sale will be donated to the charity, if you’d like to take part you can find out more information on the National Doughnut Week Facebook page.

But wait! This is about cakes! It has nothing to do with pubs, or drinking, or beer!

Well, yesterday we asked you ‘Pub snacks, which is your favourite?‘ Notice there were no sugary foods in the pub snacks poll? In fact, nobody even mentioned a single sugary snack in any of our comments; it was a landslide win for salt based products.  It seems it’s not the done thing to mix sugars and beer. This may be to do with the fact that alcohol consumption raises your blood sugar and the last thing your body will be naturally telling you is “please inject me with a pile of doughnuts”.

We could all be wrong though, leave it to the Americans to show us how to be truly gluttonous, they’ve been mixing beer and doughnuts for some time.  It’s noted that vanilla flavoured doughnuts compliment stouts, lemon (citrus) flavoured doughnuts compliment bitters, and maple glazed doughnuts stuffed with bacon compliment fruit beers.  Unfortunately the run of the mill sugar dusted raspberry jam pumped British doughnut doesn’t really compliment anything other than a nice cup of tea, but there have been no extensive studies, so maybe we should all get out there with a box of doughnuts and see if there is any beer  they go with?  There has to be one…

‘Olykoeks’ (translated as Oily cakes) is the original Dutch name for doughnuts, invented in Holland – these small nut sized pices of dough were fried in pig fat, their popularity soon found themselves spreading westward.

In France they produce a doughnut called the “Pet De Nonne”, which translates as “The Nuns fart”.  Legend has it that the Marmoutier Abbey sister let one go whilst preparing food, amidst the laughter of her piers she stumbled backwards dropping a spoonful of dough mixture into a boiling pot, the outcome being the small doughy delicacy.

If all the doughnuts sold during National Doughnut week were piled together on top of one another they would reach the International Space Station and back again.  “That’s some ladder to space”.

Doughnuts in the UK were originally a long twist of dough, it’s unclear when they adopted the round, jam filled shape we know today. Or the ring shaped doughnut that we associate with the U.S. police force so fondly.  Legend again has it that was a Mr. Hansen Gregory (from the U.S.) who claims to have invented the ring shaped doughnut in 1847 when he was traveling on a steam boat; he was not satisfied with the texture of the centre of the donut so he pressed a hole in the centre with the ship’s pepper box.

Do you know any facts/ legends about dougnuts? Has a doughnut saved your life? Or, do you have a perfect doughnut and beer combination?
Leave a comment below or on our Facebook page.