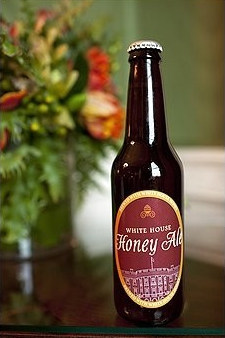 Unfortunately the Obama’s have no intention to market the ale, the only way to obtain one would be to become and American war hero or get invited to the White House on Superbowl night.   The recipe for the ale is being kept secret with the Washington Post reporting just one teaser “over a pound of honey goes into that brew”.  That’s a lot of honey.  Imagine if the Obama’s changed their mind about selling their ale? There would be worldwide interest.

If you have any comments feel free to leave them in our comments section below or join in the conversation on our Facebook page.