Home / BITE / The Publican / The Smoking Ban, 5 years on, should it be relaxed?

The Smoking Ban, 5 years on, should it be relaxed?

The Smoking Ban, 5 years on, should it be relaxed?May 18, 2012ukbeerBITEThe Publican 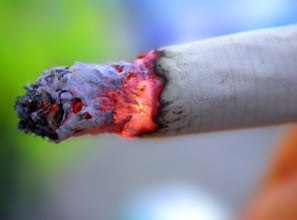 On 1st July 2007, a new British law came into effect that threatened to split a nation, The Smoking Ban. For non-smokers it was an opportunity to rediscover British Pubs, albeit, pubs still soaked in bleach and Febreze masking the smell of passive smoke, the non-smoker journeyed back into establishments previously deemed unfit for health in search of the British culture that they were so denied.  For smokers it was time to relinquish the British Pub and take their business elsewhere, although there was essentially nowhere to go, so they tended to stay at home or congregate outside pub doorways herded into makeshift cages, roped off areas and 3-walled constructions.

The smoking ban is an enormous topic, with many opinions and statistics, on-board an overtaxed industry riding a sea of economic down-turn. To condense the whole subject of the smoking ban 5 years on and the damage it may have caused the industry into just one blog post is not something that can be done easily, nor a task to be taken lightly.  The resounding conclusion seems that there is almost no-demand for the return of smoking in pubs, breathe a sigh of fresh, clean aired, relief there non-smokers. The decision has come from both groups, smokers and non-smokers. Yet still, some talk and petition has been brought about to relax the ban.  The social outcasting of ‘the smoker’ has seen small groups, committees and bands of men join together to try to re-evaluate the 2007 law and relax its position upon pub-goers.

We’d like to know your opinion, please take the time to vote in our quick poll. Or join the conversation on our Facebook page.

1 Response to The Smoking Ban, 5 years on, should it be relaxed?