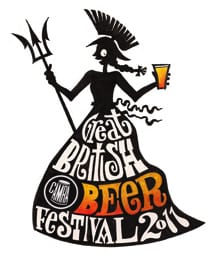 It’s only a day to go, just one more sleep until the Great British Beer Festival 2011 opens it’s doors, you can even view the live feed from the festival. BITE will be there, sampling beers, talking pubs, and trying not to wobble.

The Great British Beer Festival is the UK’s largest real-ale, cider, perry festival, organised by Campaign for Real Ale (CAMRA). The festival is also home to the Champion Beer Of Britain award, the 2011 winner will be announced this Tuesday 2nd August. But, it’s not just about the beer, the festival is described as being the “biggest pub in the world” so expect nothing more from the atmosphere, there will be live music, pub games, plenty to eat… and of course drink.

Are any BITE users also making the pilgrimage to Earls Court for the GBBF 2011? If so, feel free to leave a comment in our comments section below, or join in the conversation on our Facebook page.