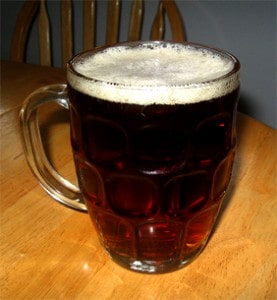 Recently BITE staff learned that the one of the worlds oldest known recipes, written on a clay tablet, 4000 years ago in Mesopotamia is a recipe for beer.  Not just any beer, a sacred beer given to them by their Sumerian god Enki.  (Source The Beer Institute.) Proving that (tongue in cheek) god, under whatever guise is probably a real ale drinker. The story of the clay tablet beer recipe was first reported in 2009, making this old news to BITEs serious beer patrons.  But that didn’t stop us from searching out some more beer facts for you…

1. The Babylonians were also keen beer drinkers, so much so that it was decreed by king Hammurabi that any person who brewed a bad batch of beer should be drowned in it as punishment. (Source Beer Advocate.)

2. Old English drinkers had whistles baked in the rim of ceramic cups, which they blew to order refills; hence the phrase “wet your whistle”.  (Source Family Brewers.)

3. On Monday 17th, 1814, at the Meux Brewery London, faulty equipment caused some 1,224,000 litres of beer to spill onto the streets of London, 9 people died in the beer tsunami, and it’s noted that gentleman died some days later from alcohol poisoning having valiantly tried to drink the streets of St Giles dry. (Source BBC History.)

4. Cenosillicaphobia – is the fear of empty an glass, obviously if you are gripped by this terrible affliction – stay near the bar, let the bar person know you are a sufferer and he/she will do their best to keep you topped up. (Source Hoppsy.)

5. The bubbles in Guinness (and beer) defy the laws of physics and float downwards.  Caused by pressure, widget black magic and drag on the sides of the glass it appears as if the bubbles in a pint of Guinness do travel downwards, if you could do a cross section of a pint though, you could see that bubbles in the centre of the glass rise normally. (Source Express.)

6. There are also 19 different variations of Guinness. (Source BeerFestBoots.)

7. In a world where everything could potentially give you cancer, it’s nice to hear that beer contains xanthohumol, an antioxidant only found in hops – known to help fight the development of cancerous cells, research is continuing so hold off turning your entire diet to beer just yet. (Source Metrolic.)

8.  The worlds oldest working brewery is Weihenstephan Abbey, Bavaria, the brewery – no longer a monastery has been making beer since 1040. That’s close to a thousand years of brewing and still no sign sign of last orders.  (Source Wikipedia.)

9. Jack Woodwards’s last wish was honored when his ashes were buried in the pub where he had spent many hours nearly every day of his life. The former landlord’s remains lie beneath a flagstone in the bar at the Boat Inn in the village of Stoke Brunne, Northhampshire, with a plaque saying: “Stand here and have a drink on me.” (Source Alcademics.)

10. Bass – The familiar red triangle of Bass Brewery (Bass Ale) is actually one of the world’s oldest trademarks, registered in 1875. The triangle continues to be used to this day. (Source Wikipedia.)

We’d love to hear if you have any interesting beer facts feel free to let us know in our comments section below, or by joining the discussion on our Facebook page.  Cheers!