Raise your glass to ‘The Few’ 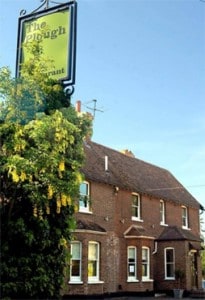 It was early morning on this day (17 May) in 1943 that The Möhne and Eder dams had the stuffing knocked out of them by experimental barrel shaped bombs dropped from Lancaster bombers flown by 617 Squadron. The mission (Operation Chastise) led by Wing Commander Guy Gibson would go down in British history earning 617 squadron the iconic nickname “The Dambusters“.    21 bomber crews were hand picked from British Commonwealth men to complete the mission, the ‘bouncing bombs’ developed my Barnes Wallace were to be dropped at such low altitude – 60ft  (18m), and at such high speed 240mph, under the cover of night and with repelling anti aircraft fire the mission was chalked up as complete suicide.   Despite the loss of aircraft on the journey to the targets, the mission was indeed a success and showed the world just how resourceful and formidable the British Commonwealth could be when there was a need.  We’ve obviously compacted the entire Dambusters story into a BITE sized chunk, but if you are interested in reading up on your British history and those men who gave their lives for our freedom then do visit the Dambusters 617 Squadron website.

It is though, with some sadness that we do end this blog post by bringing your attention to possibly another piece of British history that could be lost, The Plough in Shepreth is to be turned into housing if developers get their way.  Local 97 year old Teddy Handscombe is urging planners and residents to remember the significance of The Plough, close to RAF Duxford it was the pub that many brave RAF pilots visited to drown their sorrows over lost comrades.  It was from RAF Duxford that most of the Spitfires and Hurricanes took off to defend our nations capital during the Battle of Britain.  This is not just the loss of a pub, it’s the loss of another piece of our heritage. It’s important that we continue to remind ourselves and our future generations in every way that we can – our freedom is the result of so many brave actions by Britons and Commonwealth citizens who gave their lives often without question.
Local residents have started a petition to save the venue, and local Richard Handford has started the Save The Plough Action Group.  Last week district councilor for Shepreth Surinder Soond uncovered a document that could indeed save The Plough, signed in 1984, the document states that the venue cannot be used for anything other than a public house or similar, it could be that this building, steeped in memory is indeed saved (source The Royston Crow). But the developers may appeal, fellow BITE users, don’t let that stop you showing your support, we all have our differences, we may not necessarily agree on things, but when it comes to another Great British pub closing, we are all on the same side. “Cheers!”

If you would like to read more about this story you can by visiting the British Forces News website or The Royston Crow.  If you’d like to leave a comment, please do so by using our comments section below, or by visiting our Facebook page.

2 Responses to Raise your glass to ‘The Few’